We use cookies to make your experience better. To comply with the new e-Privacy directive, we need to ask for your consent to set the cookies. Learn more.

10 June
Festival of the Military Navy 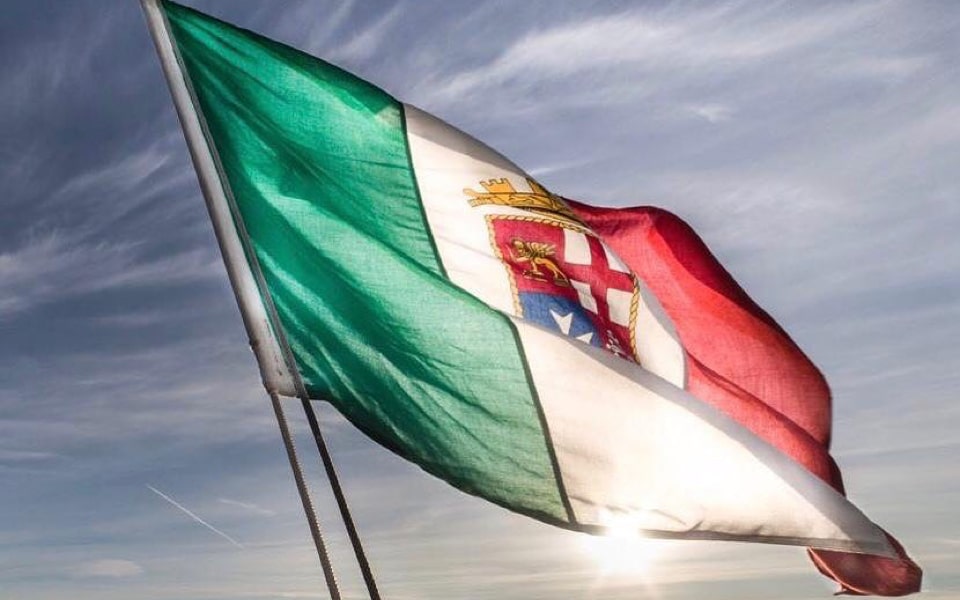 The establishment of the "Day of the Navy" dates back to March 13, 1939. At the time, each individual Armed Force had the opportunity to choose the day to celebrate their party: for the Navy the date of June 10 was indicated as a reminder of one of the most significant and daring actions carried out on the sea during the 1st World War: the Premuda enterprise.

Established the day of celebration and chosen the date 10 June, the feast was celebrated for the first time in 1939 with solemn ceremonies in all military maritime squares, on board the Naval Units and inside all work establishments.

Twenty-two thousand sailors flocked to Rome for the occasion, with 150 banners of surface units and 105 of submarines. They paid homage to the tomb of the Unknown Soldier and paraded on via dei Fori Imperiali.

In the years 1940 and 1941 the celebration was characterized by a decidedly less tone, returning, despite the events of the war in progress, to solemn tones in 1942.

Temporarily suspended from 1945 to 1949, the celebration was resumed in 1950 combined with the feast of Santa Barbara on the date of 4 December.

Finally, in November 1963, also at the particular insistence of the President of the National Association of Italian Sailors, the then Chief of Staff of the Navy, Admiral Ernesto Giuriati, asked the Minister of Defense to bring the celebratory day back to the most significant date of 10 June.

Having obtained the ministerial authorization, the tradition was definitively resumed with the celebrations of 10 June 1964 and has not undergone any changes since then.

The most brilliant and daring naval action of the First World War On the night between 9 and 10 June 1918 a section of two MAS under the command of Corvette Captain Luigi Rizzo left the port of Ancona heading for towards the island of Premuda where he would have had to carry out a normal roundup in order to ascertain the presence of minefields in the area. 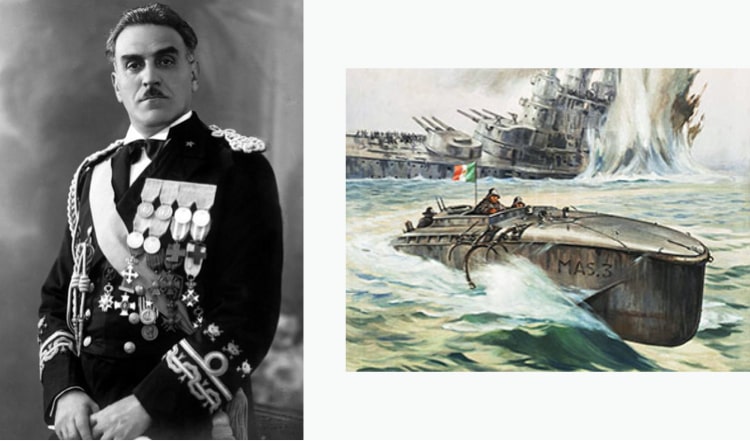 During the round-up operations, the units intercepted the powerful Austrian naval team consisting of two battleships, a destroyer and six torpedo boats which, having left the enemy base in Pola, was heading towards the Otranto Channel. Thus originated one of the most brilliant naval actions of the First World War, during which, at the end of an attack conducted with incredible audacity and great skill, Commander RIZZO torpedoed and sank the battleship "Santo Stefano".

Luigi RIZZO, already decorated with a gold medal for military valor for having forced the port of Trieste six months earlier by sinking the battleship "Wien", was awarded a second gold medal for this feat.

In Premuda Rizzo solved, without knowing it, a much more important problem than the sinking of a single ship, since the company profoundly changed the implementation of a political and strategic plan that would bring the Austrian forces in all probability, to obtain naval supremacy in the Adriatic and perhaps in the Mediterranean. Premuda's enterprise remained a fact little known to the great mass of the Italian people, until, in 1939, the date of the action was chosen as the feast of the Navy.